My interest is in exploring the unusual and arresting psychology/soul of human nature through a world of symbolism. In doing so, I often loosely reference real-life psychopathological scenarious in order to underpin these explorations with elements of veracity. Transformational elements, the liminal spaces, interest. I turn to mulptiple personality disorders, the undeciphered code of mute twins in states of folie a deux, hermaphroditic transitions, Jungian elements of the shadow, archetypal echoes of maidens and femme fatales, as well as aspects of Our Lady of Sorrow, St Sebastian, biblical tales, and other forms of psycho-sexual, religious iconography.

My childhood environment dictated that I be emersed in the deeply dillusional psychopathology of a sibling. As such, I’m naturally drawn to psychic anomalies like a moth to a flame. Through a symbolic narrative, I look to create a beguiling aesthetic in an attempt to reconcile the irreconcilable, to normalise the abhorrent, to diffuse the personal within the womb of the universal. 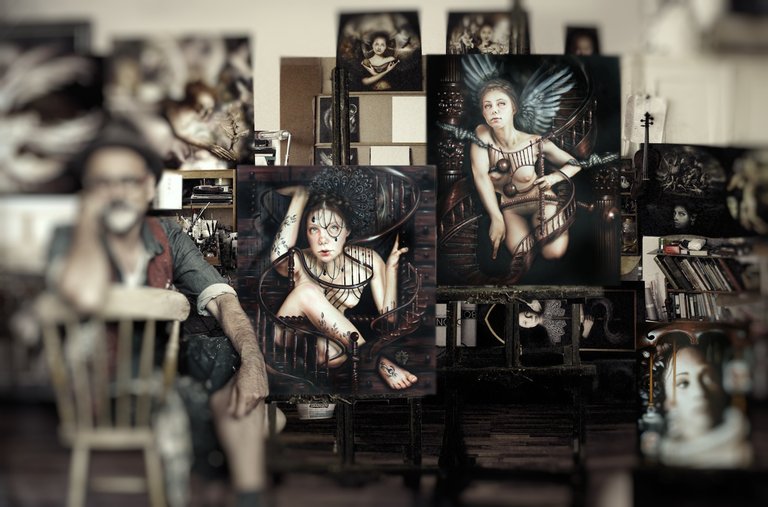